As Seen On Screen: Prize Ideas

As more people than ever plan holidays and experiences inspired by their favourite movies and TV shows, there’s no doubt that screen tourism is booming! With Scandi-noir boosting travel across the Nordics, the other-worldly landscape of Jordan drawing in sci-fi enthusiasts, and Game of Thrones sending fans on pilgrimages across Croatia, Iceland and Northern Ireland, visiting filming locations has never been so popular. Here are our top picks to inspire your next prize or incentive! 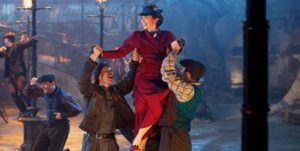 Mary Poppins is making a comeback and we couldn’t be more excited! To celebrate the release, there’s no prize destination more ‘practically perfect’ than London. Explore the key filming locations on a bespoke guided movie tour; take in a supercalifragilistic West End show; and rediscover childhood joy and a spoonful of sugar (or two) with a delightful Mary Poppins Afternoon Tea! Located at Aqua Shard, guests are treated to a Poppins bag full of sweet treats, with ‘Strike Me Pink Sponge’, black ‘Cherry Tree Lane’ mousse, Fairground Candy Floss with popping candy, and more, all while taking in unrivalled panoramic views across the city!

The Oscar-tipped remake of A Star is Born has been brought right up to date by Bradley Cooper and Lady Gaga, with one of the movie’s most memorable scenes shot on location in front of a live audience at Coachella Music Festival. One of the world’s most iconic and star-studded festivals, Coachella takes place in the heart of the Sonoran Desert and draws around 250,000 people over two consecutive weekends. With accommodation options for all tastes and budgets – from on-site camping and VIP glamping to unique rentals in the surrounding deserts and luxurious spa hotels in Palm Springs – it’s the perfect incentive destination if you’re looking for star treatment fit for Gaga herself! 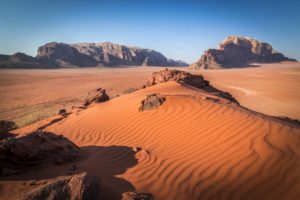 The scorched red landscape of Jordan’s majestic Wadi Rum desert has appeared in many Hollywood movies – from Lawrence of Arabia to Rogue One: A Star Wars Story – but a starring role in Ridley Scott’s Oscar-nominated The Martian has elevated it to a must-see destination and provided the inspiration for 20 futuristic domes eerily planted in the desert! At Sun City Camp, guests have the chance to experience life on Mars while staying in space ship-like tents with glass walls that provide panoramic views of the desert and surrounding mountains! If that wasn’t enough, activities like skydiving, ATV riding and stargazing make Jordan a stand-out destination for a truly ‘out-of-this-world’ prize experience on earth! 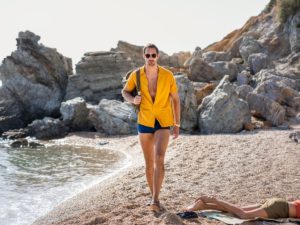 Hot on the heels of BBC smash hit The Night Manager comes another John Le Carré adaptation. With an all-star cast and striking filming locations, international espionage thriller The Little Drummer Girl is set to be the biggest TV event of the year. With some of the show’s most spectacular scenes filmed at the Acropolis and Cape Sounio, the show is sure to fire Athens to the top of viewers’ travel lists for next summer! From private skip-the-line tours of the city’s most iconic sights to luxury Cape Sounio cruises and luxury five-star accommodation overlooking the stunning landscape, this is the ultimate prize and incentive destination for 2019. A breathtaking location to live out your very own espionage adventure! 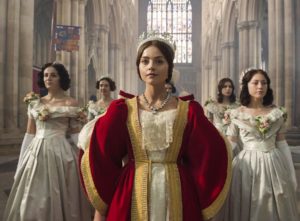 ITV’s acclaimed Victoria is returning for a third series, continuing to showcase some of Yorkshire’s most beautiful and iconic locations. Your incentive group can enjoy a guided tour of the glorious Harewood House, before relaxing in style at the luxurious Carlton Towers for an unforgettable overnight stay. With other nearby locations including Wentworth Woodhouse and Beverley Minster – where Victoria was crowned in the first episode – there’s nowhere better to walk in the footsteps of the show’s characters. Plus, with countless luxury manor house hotels across the county, acclaimed restaurants serving up traditional British cuisine, and a range of luxury spas to choose from, prize winners are sure to enjoy the full royal treatment!

For more ideas about movie and TV themed prizes and incentives, or to get a bespoke proposal, get in touch via [email protected] or give us a call on +44 (0)20 8871 9959. We’d love to show you what we can do for your next promotion!